When Alessandro first took me to Bernard Company, I saw these beautifully designed mechanical equipments. They all looked like living bodies. While looking at the old machines which are no longer able to perform, it occurred to me that I wanted to make specimens for them, to preserve them as if they were animal remains, to bring redemption to them by coating them. Even if it was all in vain, or sounded pretty ridiculous, I still would like to regard the aging machines as live beings. They all have birth dates, they lived and suffered from sicknesses and deaths. So for me preserving specimens of SQX is the same as preserving specimens of other live things. When I using soaking method to preserve machines in formalin, would it really gonna turn out as the way I pictured it to be? I suppose there would be traces of life and time.

I went to visit the workers who used to work in the factory. I asked them if they liked these products that were produced though their joint efforts. It turned out that they had various disliked reasons and the reasons were all very genuine, honest and understandable. To them, it was just their duty. They had to go through sophisticated calculation, repetitive work to get the products ready and they suffered heavy pressure during the process. It took great effort to produce such marvelous machines and they were widely used in different fields but in the end, they were not liked by the persons who made them.  Someday the machines get old and they die, and there comes the time for me to make the SQX bodies into specimens. And they will return to people’s sights. 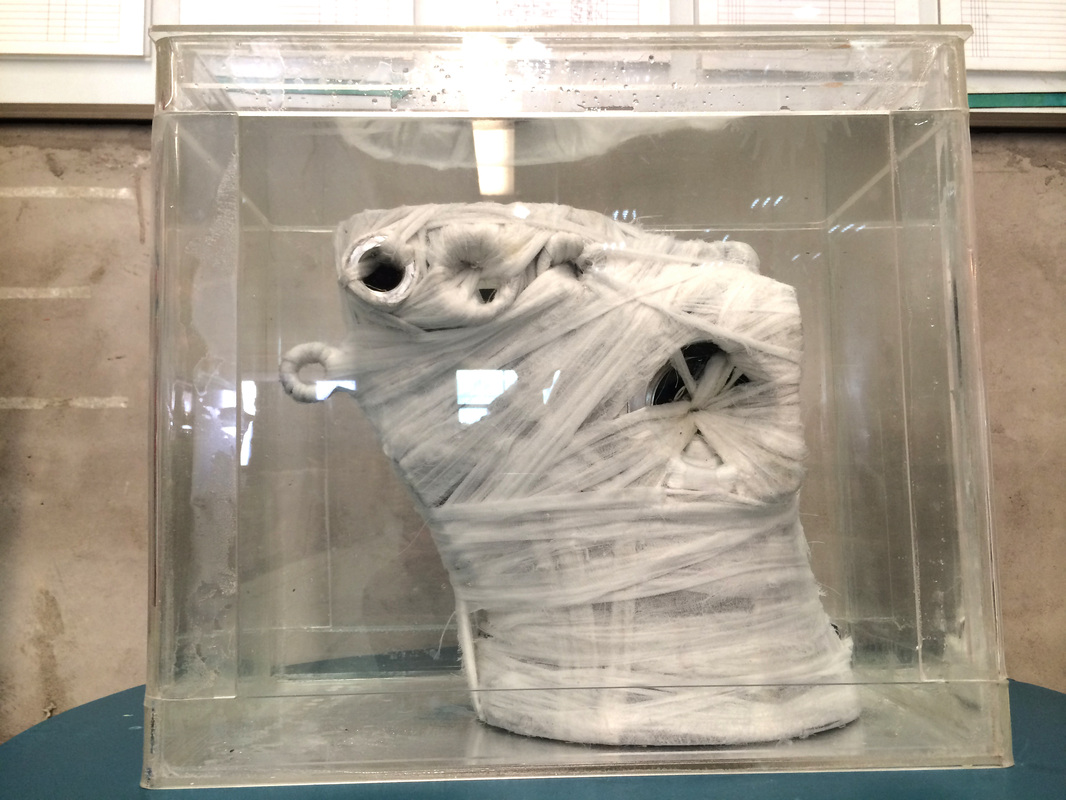